What is a Youth Climate Court?

What is a Youth Climate and Human Rights Court?

Would you like to get together with a few friends, declare yourselves a Youth Climate Court, and start planning a human rights trial about climate change?

City and county governments that are not adequately addressing the climate crisis need to be called to account for failing to protect the basic human rights of their citizens, and who better to do this than the young people whose rights are being, and will be, most dramatically impacted.

One way youth climate leaders can call their city or county government to account is to create their own local Youth Climate Court, with youth judges, youth prosecuting attorneys and youth jury members and put their local city or county government on trial for not living up to its human rights obligations. Youth leaders will then organize a trial and summon members of that government to attend and explain themselves in open Youth Court against charges that that government is failing to adequately protect the basic human and constitutional rights of its citizens, especially of the children, in face of the threats of climate change.

Below is an overview of how this works and here are the first steps you would take to make it happen. 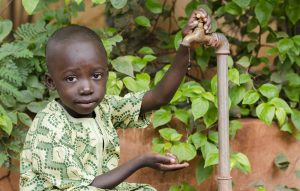 Why do governments exist, after all? What are governments for and what are they actually supposed to do? The US Declaration of Independence explains pretty clearly, right there in its third sentence, that the purpose of a government is, first and foremost, to protect and secure the rights of its citizens. “We hold these truths to be self-evident,” it says in sentence two. All people are created equal and everyone has certain basic rights, among which are life, liberty and the pursuit of happiness.

Then comes that third sentence: “That to secure these rights, governments are instituted among men, deriving their just powers from the consent of the governed.”

All three kinds of duties bear directly on a government’s obligation to protect against climate change, particularly with respect to any positive government actions that license, permit, monitor, subsidize, or otherwise support fossil fuel infrastructure, extraction, distribution and use.

At one level it is obvious why governments should take seriously their mandate to respect, protect and fulfill their citizens’ rights. It is because that’s what people need from their governments. There’s another reason too, though, and that is because so many problems result when rights are not protected. The US Declaration of Independence reminds us that if a government fails to do its job, “it is the right of the people to alter or to abolish it.” That means that if a government is not protecting their rights, people will be inclined to get rid of that government and replace it with one that does.

The Universal Declaration of Human Rights says the same thing. It is in governments’ own self-interest to protect citizens’ rights, it says in the Preamble, lest people decide to get rid of that government and replace it. "[I]t is essential, if man is not to be compelled to have recourse, as a last resort, to rebellion against tyranny and oppression, that human rights should be protected by the rule of law."

So the central underlying question on which the Youth Court will be testing its local government is whether it is meeting its most fundamental moral obligations as a government.

The prosecution’s central argument will be a) that respecting human rights is absolutely essential for a minimally decent life, b) that it is government’s central purpose and obligation to respect, protect and fulfill those rights, c) that the climate crisis puts at risk most or all of those rights, d) especially certain specific rights the prosecution will choose to highlight – such as the rights to security of person, to life, to liberty, to water, to education, to health, to an adequate standard of living, to special care and assistance for women and children, and many others – and e) that this accused government is failing in its fundamental moral obligation as a government to protect these rights. Each of those elements in the basic argument will be fleshed out by the prosecution and its witnesses.

The prosecutor(s) will want to draw particular attention to a list of specific rights that they see as most clearly at risk in a climate-changed world. These specific rights, such as those mentioned above, can be easily found in the Universal Declaration of Human Rights, the International Covenant on Civil and Political Rights, the Convention on the Rights of the Child, the UN Declaration on the Rights of Indigenous Peoples, and several other human rights Declarations and Conventions that have been broadly endorsed around the world.

These documents are easily accessible and not difficult to read. For one thing, they have no use for the lawyerly gobbledegook that so often shows up in statutes and ordinances created by legislatures and other government bodies. These human rights documents are intended to be read by ordinary people, not just by lawyers and government officials. Here, for example is the whole of Article 3 in the Universal Declaration of Human Rights: “Everyone has the right to life, liberty and security of person.” And here is the entirety of Article 6 in the Convention on the Rights of the Child: “1. States Parties [i.e., governments] recognize that every child has the inherent right to life. 2. States Parties shall ensure to the maximum extent possible the survival and development of the child.”

Authors of these human rights documents wanted everyone, not just lawyers, to be able to read and understand them.

It will be simplest to start with local governments. City governments could be put on trial first since they are closest to home and are more likely to have personal and friendly relationships with people you know. They also care about votes and care about how people in their city view them. Local community and independent newspapers, radio and tv stations, local bloggers and local school leaders may also be more interested in a Youth Court in their own town than one held elsewhere.

County Boards of Commissioners could perhaps be put on trial next, and state governments after that.

There are several advantages to a restorative justice approach. It allows the government that has just been found guilty to acknowledge that it has fallen down on the job. It allows a mandate that is more tailored to that particular government’s situation, and it increases the sense that a degree of justice was achieved. It entails a process of parties working together and, perhaps most importantly, it enhances the feeling of buy-in from both parties and increases the likelihood that the agreed-upon solutions will actually get carried out.

Or if the Court chooses to take a more direct route, its mandate could instead simply require the government to develop a science-based and human-rights-protecting Climate Action Plan for its jurisdiction and submit it to the Youth Court by a specific date. The Youth Court would “retain jurisdiction,” so that later, when the government has submitted its Climate Action Plan, the Court would reconvene, review the submitted CAP and determine whether it does or does not meet the Court’s standards of adequacy. If it does, the plan is returned as acceptable and the government is encouraged to monitor and publicly report on the implementation and efficacy of its plan.

If the submitted plan does not meet the Youth Court’s standards of adequacy, it will be formally returned (in person and in writing) to the defendant government with instructions to create a new, more satisfactory CAP to be resubmitted to the Court by a given date. That process then continues until a submitted plan does meet the Court’s standards of adequacy, at which point it is returned to the government with a request that the implementation be closely monitored and publicly reported on.

But will governments even show up?

Once summoned by a Youth Court, will governments be likely to send a representative to the Court or not? I believe they will because most local governments include at least a few members who, even if they are not in the majority, recognize the seriousness of the climate crisis and who worry that so little (perhaps nothing) is being done locally to address it. Those members will want to attend and make sure their government’s inaction is made public.

But if the government elects to not participate, the Youth Court should publicly call them out for that. If members of the government cared so little about the rights of its youth that they didn’t even bother to respond, show up and make their case, the public should know about that. “Perhaps,” the media can be told, “they had no case to make. Perhaps they were ashamed of how little they had done.”

If even a few of these Youth Courts are developed and conducted around the world, they could, with such a strong voice and a public platform, bring about real change in the policies, practices and mindset of the governments they put on trial.

If more than a few such courts are created the effects could be even more significant. In that situation the International Coalition of Youth Courts (ICYC) can help serve as a training center to help with creation of future Youth Courts. The Coalition will help teach best practices for setting up and conducting a court session. It will offer a) help with ideas and materials for building strong prosecutorial arguments, b) basic information about human rights, including what they mean and how they work, c) ideas for how to most effectively approach and work with a defendant government, and d) techniques for and help with engaging local media. The Coalition may also be available for help during the process of conducting a session.

This ICYC can also serve as a clearinghouse for information about Youth Climate Courts that have already been conducted and as a research center to keep records of the procedures, verdicts, mandates, effectiveness and long term impacts of Youth Courts around the world. It will keep records showing how defendant governments have responded to their summons, how they have behaved during the court hearings, and how well they have carried out the mandates and/or the restorative justice solutions that result from the court session.

When college or high school youth leaders come across this idea and find it intriguing, they may show or describe it to a friend or two and decide that they want to give it a go. Or a professor, parent or mentor might bring the idea to students. Some leaders will feel enlivened and empowered by its potential and will see it as a way for them to have a very public voice and a measure of agency about the climate crisis that will impact their lives so directly.

There will certainly be some city mayors, city council members, and county commissioners who, when their government is summoned to participate in a Youth Climate Court, will realize how important it is for them to engage and participate, how important to not dismiss what their youth are asking of them, and how crucial it is that they respond with grace and generosity. Those officials will welcome a Youth Court summons and will give their full respect to the young organizers and what they are trying to accomplish. They will recognize these Youth Court organizers as helpful and caring allies in the hard work of governing in a desperately climate-challenged world.