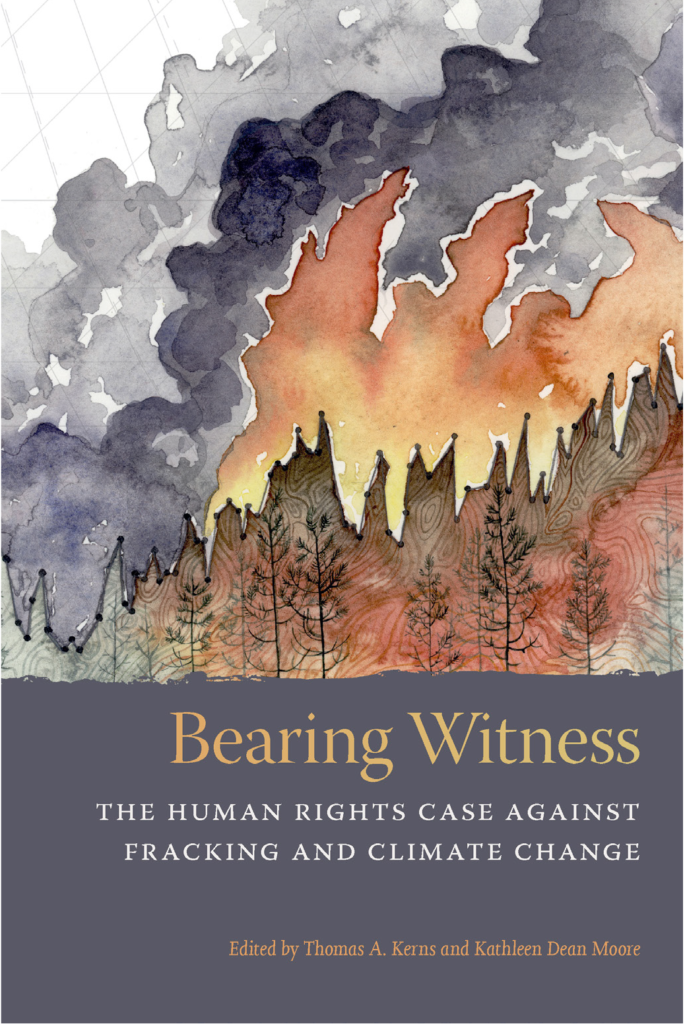 On May 14, 2018, a respected international human-rights court, the Rome-based Permanent Peoples’ Tribunal, began a week-long hearing on the impacts of fracking and climate change on human and Earth rights. In its advisory opinion, the Tribunal ruled that fracking systematically violates substantive and procedural human rights; that governments are complicit in the rights violations; and that to protect human rights and the climate, the practice of fracking should be banned.

Bearing Witness maps a promising new direction in the ongoing struggle to protect the planet from climate chaos. It tells the story of this landmark case through carefully curated court materials, including searing eye-witness testimony, groundbreaking legal testimony, and the Tribunal’s advisory opinion. Essays by leading climate writers such as Winona LaDuke, Robin Wall Kimmerer, and Sandra Steingraber and legal experts such as John Knox, Mary Wood, and Anna Grear give context to the controversy. Framing essays by the editors, experts on climate ethics and human rights, demonstrate that a human-rights focus is a powerful, transformative new tool to address the climate crisis.